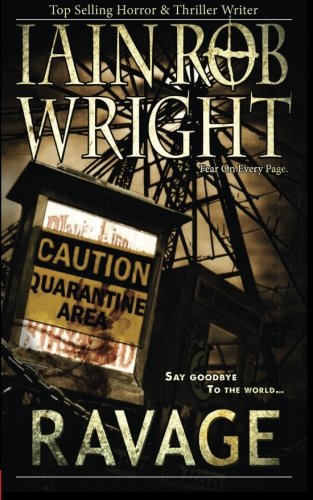 I recently recorded the audio version of Iain Rob Wright’s Ravage, an “apocalyptic horror novel” set in the Midlands in England, and now available on Audible, Amazon, and iTunes.

Iain has rapidly become one of the UK’s most popular horror writers, publishing a series of thrillers in quick succession which has earned him a loyal following of devoted fans.

Ravage deals with a scenario which is familiar to aficionados of the genre: the main character, Nick, wakes up one morning to find that some bizarre infection has spread amongst everyone he knows – not just his family, but across his entire neighborhood and apparently, as he later discovers, the whole world.

The infection is contagious, spread by contact with bodily fluids such as the blood or saliva of an infected person, and quickly turns victims into mindless zombies baying for fresh blood.

Nick is obliged to flee for his life, and soon teams up with a ramshackle band of survivors who have managed to avoid infection through unexpected circumstances – or sheer dumb luck.

The survivors manage to find somewhere to take refuge, but very soon a different enemy begins to stalk them – a power struggle among the group that asserts itself as quickly as the order of civilized society has been eroded. Very quickly, it becomes clear that this enemy within is just as frightening – and much more dangerous – than the world outside their haven.

Ravage is fast-paced, with a colorful cast of characters, plenty of gore, and a storyline that builds through a series of cliffhangers to an explosive climax. And refreshingly, it’s a zombie novel where the focus is on the characters – both human and animal – rather than the “walking dead.”

I really enjoyed narrating this novel, and I’m looking forward to producing more of Iain’s work in audiobook format later this year – stay tuned for updates! 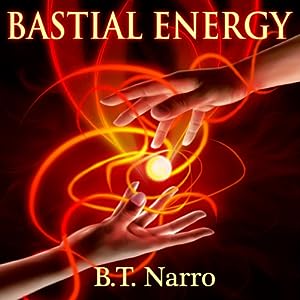 Bastial Energy: The Rhythm of Rivalry: Book 1, by B. T. Narro

Bastial Energy is my latest audiobook, published today on Audible.com and available shortly at Amazon.com and in the iTunes store.

B. T. Narro’s sci-fi / fantasy novel takes place in a landscape populated by humans, Krepps (a reptilian warrior race), Elves, and the bulbous, underground-dwelling Slugari. It interweaves four stories of the inhabitants of this mythical world, in which young human trainee warriors, mages, chemists, and psychics at the Academy of Kyrro are dragged into a war which threatens the very survival of their homeland.

Reaper’s Return, by Ren Cummins, a steampunk fantasy novel for young adults. I recorded the audiobook version in November 2013.

It’s the first book in the series The Chronicles of Aesirium, and features the adventures of Romany, an 11 year old orphan, who discovers that she herself is a “Reaper” – one of a line of mythological creatures who gather the spirits of the undead and help them to move on to the next world.

For Rom, discovering she has inherited this secret legacy is a shock that leads her to encounter heroic allies and terrifying foes. But it also rescues her from a miserable existence in the Oldtown orphanage, where her stark white hair and unconventional attitude had made her a target for bullies.

Now that she is possessed of new powers and awe-inspiring responsibilities, everything in Rom’s life is about to change…

Listen to an extract from Reaper’s Return.